When Dr. Starzl invented the canine multivisceral transplant operation in 1959 [ref 1], he envisioned the allograft as a grape cluster in which the grapes (the individual organs) were attached to and nourished by branches of the large arterial and venous vascular structures of the grape stem (Figure 1).  Because the nutrient- and hormone-rich venous outflow of all the non-hepatic organs normally passes through the liver via the portal vein, Starzl’s original experimental objective was to remove the non-hepatic organs piecemeal and determine the effect of their absence on the liver (See: The Dog Liver Models).  It was not conceivable that either the whole multivisceral graft or the procedures derived from it (Figure 2) would be used to treat humans.

In time, the small bowel became the “forbidden” component of the multiple organ grafts for 3 specific reasons.  First, it was widely assumed that successful engraftment of the lymphoid-rich intestine would cause unmanageable graft-versus-host disease (GVHD).  Second, leakage of bacteria-rich enteric contents into the abdomen was expected to cause uncontrolled sepsis to the extent that rejection rendered the intestinal wall permeable.  Solution of these problems would depend on the kind of potent immunosuppression that would not exist until the 1990s (See: Drug Immunosuppression).

The third problem was the assumption that an intestinal tract disconnected from both elements of its autonomic nervous system (Figure 3) would not be capable of the purposeful organized motility required for efficient food propulsion.  Starzl put this dogma to rest at the outset [ref 1].  Contrary to expectations, his 1959 non-immunosuppressed dogs were able to eat and had fecal elimination throughout most of their survival (maximum 23 days).  Of further interest, rejection of the multivisceral graft’s individual organs was less severe than when the organs were transplanted alone.

In November 1987, Starzl’s team carried a full multivisceral transplantation under cyclosporine-based immunosuppression [ref 2] in a child named Tabatha Foster (Figure 4).  The tiny patient was able to take tube feedings or eat and had no evidence of GVHD up to her death 6 months later from an Epstein-Barr virus-associated lymphoma (See: Cancer Immunology).  The bowel component of the graft provided the first example of a functioning human intestinal allograft.  When the article describing the case was published in 1989, it was accompanied by a harshly critical editorial with particular emphasis on the risk posed by the intestine.

Meanwhile, Starzl had transplanted a series of “cluster” grafts beginning in July 1988 that contained variable segments of functioning intestine (Figure 3, top) [ref 4, item 5]. Moreover, 2 patients during 1988-89 in Canada and one in Austria had sustained oral nutrition with a full multivisceral transplant or a modified version consisting of the liver and intestine (Figure 3, left, bottom tier).  Finally, there had been one case each in France and Germany of successful transplantation of part or all of the small intestine only (Figure 3, right bottom tier).

Thus, a fragile foundation of multivisceral and intestinal transplantation had been laid.  Building the superstructure would require the better immunosuppression.  This already was in the wings.  Beginning in 1987, Starzl’s colleague, Noriko Murase (Figure 5), demonstrated in rat models the striking superiority of tacrolimus for intestinal transplantation, and had systematically produced in her rat colony the world’s first examples in any species of life-time survival of multivisceral and intestine-only recipients [ref 4, item 9]

Based on Murase’s rat research [ref 4], the University of Pittsburgh multivisceral-intestinal program was inaugurated in 1990 as a clinical service.  A year later, Starzl published an article entitled, “The Many Faces of Multivisceral Transplantation” [ref 3].  Armed with tacrolimus, 3 of the paper’s co-authors (Satoru Todo, Andreas Tzakis, and Kareem Abu-Elmagd) embarked on the journey that ultimately brought the intestine-only and the many variations of the multivisceral operation to the level of reliability (Abu-Elmagd K:  The History of Intestinal Transplantation.  In:  History of Organ and Cell Transplantation. (Eds. Hakim NS, Papalois VE)  Imperial College Press, London, 2003.  Pp:  171-193).

The tempo of progress in this area is reflected in the citation distribution frequencies within the medical literature. A graph of articles cited in this Discussion (Figure 8) shows that the foundational work first published in 1962 garnered little interest until it was “rediscovered” following the 1989-91 clinical reports. This extended lag period with subsequent exponential rise in citations is reproduced in larger scale when the collection of Dr. Starzl’s papers on this subject is considered in aggregate (Figure 9). The pattern is also evident on reflection of the annual per publication citation frequencies summarized in the heat map representation (Figure 10). 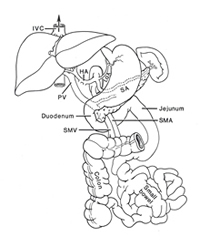 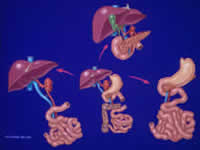 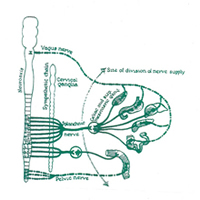 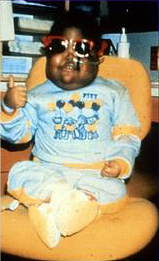 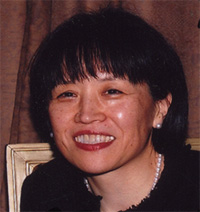 Tracey Gonzalez (as an infant, child, and 23 year old teacher)

Citation frequency graph of papers cited in this Discussion. The primary work lay essentially dormant in the medical literature for 27 years until followed by the first successful clinical reports in 1989.

Cumulative annual citation frequencies of publications by Dr. Starzl related to Theme of Intestinal and Multivisceral Transplantation. The exponential growth of interest following a prolonged incubation period is again evident.